based in Santa Rosa

“a model of site-specific vineyard success, with dozens of outstanding ratings” – Wine Spectator

Winery: Founded by winemaker Jeff Gaffner in 1997, he specializes in limited releases of single-vineyard wines from outstanding sites, making only 2500 cases a year. Winery is named after the willful heroine in Jack London’s novel “Valley of the Moon.”

Wine Spectator: “For Jeff Gaffner, winemaking is storytelling. And his best stories are driven by a relationship with the vineyards. Gaffner is also a highly regarded consultant for Ram’s Gate and Black Kite in Sonoma, as well as Napa’s Xtant and Stephanie.”

Inspired by his early work at the original, pre-Beringer Chateau St. Jean, he was exposed to working with multiple single-vineyard wines. Aiming to capturing site signatures, he does not want all his wines to taste the same. Making more feminine-styled wines with minimal extractions, he wants to emulate Burgundy in making age-worthy, bright and pretty wines, Gaffner: “I tend to under-extract rather than over-extract. I think wines should seduce you, not hit you.” Wines are released when ready, not by calendar.

Winemaking: Wine Spectator: “Gaffner does not employ assistants, preferring to stay tightly connected to his wine.” Doing all the winemaking himself allows him to respond better to individual characteristics of each lot and site. Greater attention to wines during winemaking keeps the wines brighter, tighter and more feminine. Grapes are harvested under lights in cool early morning darkness, and are taken immediately to the winery for whole-fruit pressing, cold settled for days then racked to tank. He keeps fermentations cold and slow, allowing indigenous yeasts to get started before the Burgundy yeast kicks in, avoiding temperature spikes. Battonage 2-3 times a week releases flavors, and Malolactic fermentation begins in the spring as the weather warms, enhancing almond and mineral flavors in Chardonnays.

Saying that “California wines have too much of everything,” he compensates for it with less extraction. The reds are pumped-over 3-4 times a day while the juice is cool and before much alcohol is created, minimizing the extraction. The reds finish fermentation and ML conversion in tight-grained, medium-toast barrels, (30-40% new oak). His winemaking process emulates the default winemaking of Burgundy, where cellar temperatures follow weather seasons, helping his wines progress naturally down the same path they would in Burgundy. The wines need at least a year in bottle before release, and benefit from time, air or a light decanting.

Vineyards: Gaffner spends a tremendous amount of time in each vineyard, observing the unfolding of each season to better understand what the vintage has to offer. Wine Spectator: “Gaffner claims that each vineyard has a personality you get to know the longer you work with it. For Gaffner, winemaking is about understanding the subtleties that make each vineyard site special.” All of the single vineyards are from cool climates resulting in longer hang time, small berries and clusters, a lower juice to pulp ratio, vine balance and full ripeness. These same vineyards all have daily cool winds that shut down photosynthesis, creating a “wind signature” of concentrated flavors, lower brix ripeness and slight skin-thickening (for reds, this adds floral elements). Rosella’s vineyard is sustainably farmed, while all the other vineyards he works with are farmed organically. 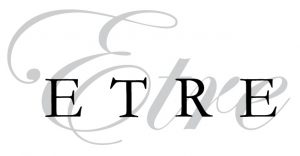 PinotNoir, Durel lVineyard, HayfieldBlock, SonomaCoast2015
organic farming
92+ Points, Wine Advocate: “Pale ruby-purple with a nose of spice cake, incense and dusty soil over a core of raspberry pie and cranberry sauce. A lovely juxtaposition between savory and perfumed characters. With chewy tannins and just enough freshness, it finishes with an herbal lift.” Part of a very rocky old creek bed, ‘Hayfield’ is one of Durell’s smallest and most coveted blocks; known for its compact clusters and late afternoon shade, which deliver both concentration and elegance. 18 months in new French oak. Bottled unfined and unfiltered. 97 cases.

Grenache, El Diablo Vineyard, Russian River 2016
Winery Notes: “We picked the El Diablo Grenache under the lights in the middle of the night so that they would arrive at the winery cold and before six in the morning.” Farmed by the late Ulises Valdez, the hilltop vineyard overlooks the Russian River from rocky, sandy soils producing tiny berries, low yields and concentrated fruit. Night-picked, 20% whole cluster, 20% new oak. Unfined, unfiltered. 119 cases.

Zinfandel, Fighting Brothers, Sonoma Valley 2017  New Vintage organic farming
91 Points, Wine Enthusiast: “Earthy and lively on the palate, this densely packed wine is brimming in concentrated blackberry and mocha, with lasting richness and intensity. Secondary notes of black pepper, clove and tobacco accentuate its savory side.” Winery Notes: “A mix of “old” and “young” vines, and named for my two sons, who have blended their age-related differences into something approaching harmony. The old vines give complexity from the field blend of multiple varietals, while the younger sites give lively acidity and bright, focused flavors.” Aged in French Burgundy barrels, unlike many California Zinfandels using American and Hungarian oak. This cool-climate Zinfandel was de-stemmed, cold-soaked before co-fermenting. 238 cases.