Wine Spectator: “Outstanding recent releases – One of the New Faces of Napa” 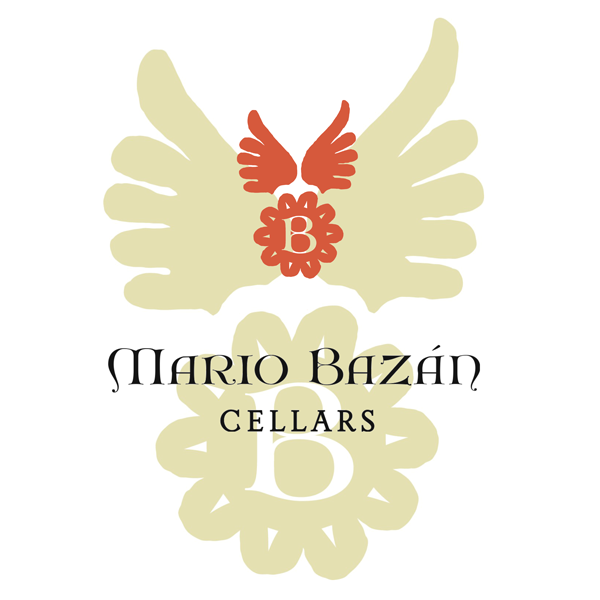 Wine Spectator: “His extensive resume of vineyard work includes some of Napa’s best-known producers, including Joseph Phelps, Robert Mondavi, Opus One, and Stag’s Leap Wine Cellars.” New York Times: “Mr. Bazán recalled arriving in the “Valle de Napa” in 1973 from Oaxaca as an 18-year-old. He worked his way up — from picker, to tractor driver, to foreman, to vineyard manager who also produces his own boutique cabernet sauvignon.” Smithsonian – featured along with Rolando Herrera (Mi Sueño), Ulises Valdez, Robledo and Ceja.

Winery: While at Mondavi, he was ultimately in charge of such iconic vineyards as Opus One and To Kalon where he was part of the very first Napa experiments in tight meter-by-meter spacing – now the standard for ultra-premium cab-growing in Napa. He started his own Vineyard Management Company in 1998, with clients including Rudd, Hartwell, Turnbull and Kenzo, and works with growers up Valley as well as Coombsville and Soda Canyon. His wife Gloria gave up her career as a Pediatric Dentist to move to Napa, where she handles all business aspects of the winery, while raising their young children and studying viticulture.

Winemaking: With the goal of expressing the clonal and vineyard character, grapes are hand-picked at cool 4 a.m. temperatures, rigorously sorted, native-yeast-fermented, vinified in separate lots, judiciously blended and the Cabernet is barrel-aged in 50% new French medium-toasted oak. New winemaker David DeSante has created the 2012 and 2013 vintages. With a background in viticulture and enology with decades of experience in the Napa Valley, his multi-faceted skills combine harmoniously with Mario’s vineyard expertise.

Vineyards: The Estate Vineyard was acquired in 2005, located at the base of Atlas Peak near HDV winery on Monticello Road. This vineyard is substantially cooler than nearly all other Napa Valley Cabernet vineyards. To counter the late-ripening tendencies of this cool site, the vineyard was planted on a rootstock that ripens the fruit earlier, resulting in earlier-ripening than would be expected from a lower temperature location. With cooling breezes and morning fog, the thin soil layer and tilted slope limits vine size and Cabernet Sauvignon yields to 3 tons/acre, and allows for full ripeness at a lower brix and resulting alcohol level. It is planted to close 1 x 2 meter spacing, sustainably farmed with cover crops, occasional tilled, with select drip irrigation, varying types of canopy management, and leaf-pulling and shoot positioning that optimizes ripening while minimizing heat vulnerability. Wines of lower alcohol are achieved from this cooler site, without any winemaking watering back.

Winery Tasting Notes: “His 2016 Napa Valley Sauvignon Blanc has aromas of guava, passion fruit and peach. Few wines triumph in attaining such a memorable balance between rich and crisp, between fruity and mineral.”

Winemaker Notes: “Exuberant fresh raspberry and blueberry aromas are matched with equal intensity on the palate. This medium bodied offering is tuned firmly to the “here and now.”

This new second Mario Bazán label is made by selecting younger-drinking barrels of Mario Bazán estate-grown Cabernet Sauvignon (Hartwell Clone) and judicious blending with 20% Merlot and 4% Malbec aged in 50% new oak creating an elegant, lean, focused and high-toned style of full-flavored Cabernet ready to be enjoyed now. After a splash decant, the wine offers even more savory flavors, a floral element, and more mouth-filling texture that follows in the long finish. 550 Cases.

Winery Tasting Notes: “A lovely dark, sumptuous wine with depth and complexity. The fresh cherry and cedar box aromas in this glass are classic for Napa Cabernet Sauvignon. Round and full tannins leave the impression of a fine dark cocoa. Flavors of Damson plum, ripe cherries, blackberry and anise finish with an intriguing savory note. This is a cellar selection with layers of flavor that will continue to emerge in the near term. While difficult to resist the combination of charm and power offered now, this vintage promises a profoundly satisfying experience between 2017 to 2025.”

Estate grown from the Hartwell Clone in their cooler site, balancing toward brightness.

Winery Tasting Notes: “Ripe aromas of cherry and briary blackberry. Exuberant fruit, with those same aromas materializing into flavors that marry well with the floral and spicy notes that continue. Soft and graceful, with a very fine grain of tannin that plays well with the bright acidity on the palate. Refreshing, sassy and stylish.”

Planted with the famed Hartwell (Grace) clone, the Estate Vineyard is in a cool site, and produces a balance of red fruit brightness, black fruit depth, elegance and prominent natural acidity. A small portion is added from a tiny Soda Canyon vineyard, contributing mountain-style fruit, concentration and firmness at 3 tons/acre. 350 cases.